Almost all SWL and Ham shacks have a collection of books that accumulate over the years.  I have recently gone through and given my collection a bit of a "haircut" because desk space was becoming limited and some, quite honestly, had not been opened in years. There is some merit in keeping books for historical sense and some for sentimental reasons, but sometimes it gets to be a bit much.  Some I simply boxed away,  like dozens of old World Radio TV Handbooks that might be of some reference value later, but were just taking up too much room on the shelf.  Others have been shared with younger listeners and hams in the area who might learn from them.
But some simply must be kept. High on the list was the very first WRTH I ever had.  It was actually a Christmas present from my grandparents. 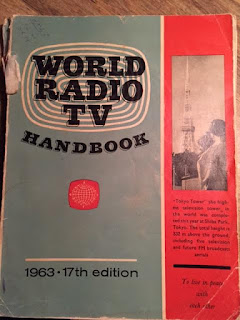 This marked a true turning point in DX-ing for me because I had for the first time a list of stations other than those in the magazine columns to help me identify stations other than those on the broadcast band.
Other books that have kept a spot on the shelf include many connected with my career in broadcasting and in amateur radio.  Others were obtained to simply learn things or to assist in making repairs to the many radios that crossed my desk as soon as relatives learned I was " playing" with the things.
Engineering books often have good application to hobbies and vice versa. There have been times I have used information from the ARRL Antenna book or the Radio Amateurs Handbook in dealing with problems or designs for projects at broadcast sites.  And there have been times that I have used data from the old RCA Antenna Engineering Handbook for amateur antennas in small spaces.
There is of course a move to having more and more books in electronic form.  This has its place and one of them is allowing one to keep a larger number of texts in a smaller space. It might also allow some of us to find titles that might otherwise be out of print.  But sometimes its good to have an old fashioned book in your lap and to turn the pages.
In any event, whether its full sized books or collections of magazines with radio articles in them,  they do find a place in the shack along with the radios! 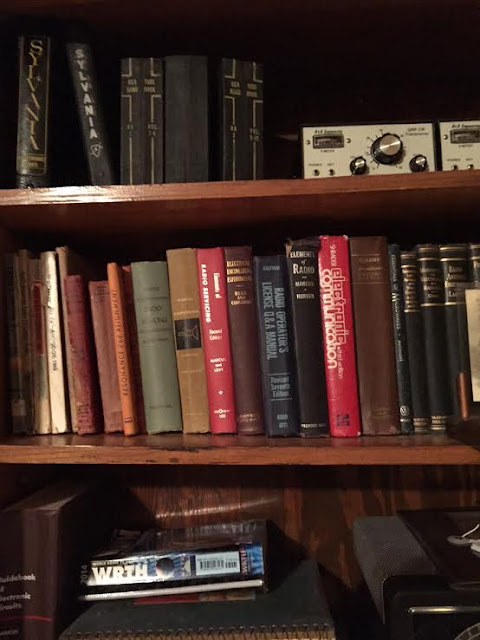 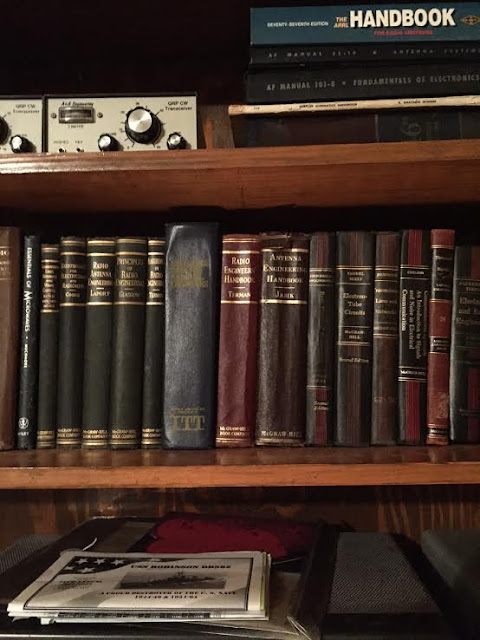 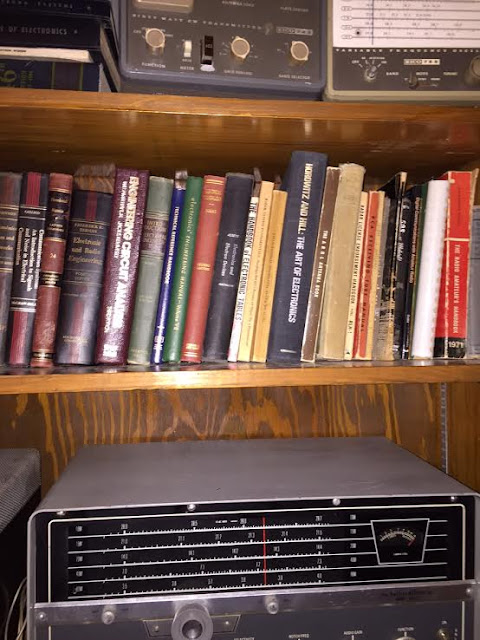 Posted by DX Adventurer at 9:20 AM